To see true potential you need to look at things differently. 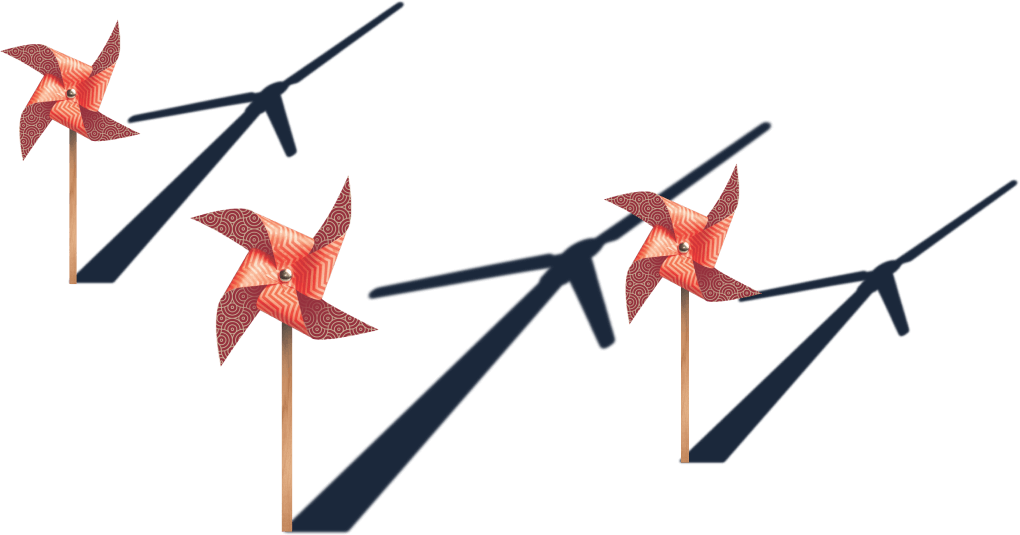 Ride on China’s decarbonisation commitment with picks-and-shovels opportunities along the supply chain.

President Xi Jinping has pledged to peak China’s carbon emissions by 2030, then for the country to reach carbon neutrality by 2060. We believe these goals are likely to feature heavily in China’s policy planning, with the obvious beneficiaries being companies related to renewable energy sources and energy efficiency."

A short insight into how Martin Lau, Managing Partner, thinks about life and investing.

A behind-the-scenes look at the investment philosophy for the Greater China investment strategy.

How will US-China trade relations affect companies in the portfolio in the long term? Should it be seen as a long-term headwind or could it be beneficial for Chinese companies?

Tightening regulation on  Chinese technology companies – should investors be worried?

What is your view on the tightening regulations on Chinese tech companies? What are the impacts on the companies in the holdings (Tencent, Alibaba, JD.com) and do you see it as a structural headwind for the sector or an accumulation opportunity?

A focused portfolio of 30 to 60 companies ensures that only the highest conviction investment ideas are included.

FSSA’s Greater China (China, Hong Kong and Taiwan) and China A-Share portfolios are built company by company from the bottom up, with little regard for index positioning. We are focused on growth in an absolute return* sense and construct portfolios of high quality companies with effective management teams, long-term, sustainable growth drivers and strong financials.

We believe dominant consumer franchises and brands should benefit from rising incomes and the premiumisation trend, and can offer good growth potential over the long term.

We believe banks and high quality financials should benefit from similar drivers as consumer businesses: demographics, rising incomes and urbanisation.

China’s per capita spend on healthcare is still relatively low and has room to grow. Companies providing drugs and medical services should benefit from an increased focus on healthcare spending and wellbeing.

A connected and automated world

An increased focus on research and development should lead to technology champions in niche markets. Domestic component manufacturers could benefit from the trend towards localised production. 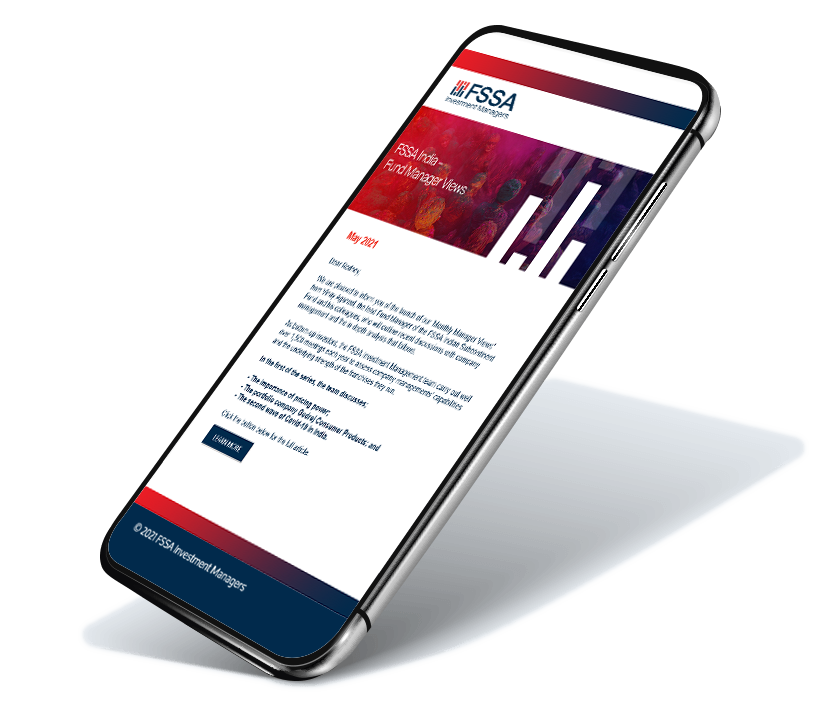 We have been shareholders of China Resources Land (CR Land) for many years. We believe CR Land is a high quality, dominant business that should benefit from China’s structural trends such as improving demographics, rising incomes and urbanisation.

China Resources Land (CR Land) is 61% owned by China Resources Holdings (CR Group). CR Land is a state-owned enterprise, but as one of the oldest 'red-chips', it has a long history of operating commercially and to high standards. CR Land is also the tenth-largest developer in China.

At the end of 2018, CR Land had 51 malls in operation, with a total floor area of 92 million square feet. They have another 52 malls under development, with total space projected to double. Contrary to the experience of the West and despite high e-commerce penetration in China, the business has continued to see strong double-digit same-store-sales growth.

Although over the short term, the pandemic has clearly affected discretionary spending in China, we expect the recurrent income to grow in the next four years when the other malls in the pipeline are fully developed.

Rental income could double when malls in pipeline developed

Source: Company data, FSSA Investment Managers, as at 31 December 2020. Disclaimer: Reference to specific securities (if any) is included for the purpose of illustration only and should not be construed as a recommendation to buy or sell the same. All securities mentioned herein may or may not form part of the holdings of FSSA Investment Managers’ portfolios at a certain point in time, and the holdings may change over time.

Midea is a dominant consumer franchise and we believe Midea is well-positioned to benefit from rising income levels and the premiumisation trend in China (as incomes rise, consumers demand better quality and more expensive products).

Midea’s strong emphasis on research and development have improved its product quality over the years; and its market share in most home appliance categories in China ranks it among the top three. Meanwhile, its acquisitions of Kuka (top 4 industrial robotics company) and Toshiba (Japanese premium brand home appliances) add new areas of growth, especially in areas such as logistics and industrials.

Source: FactSet, Midea Annual Report 2019, FSSA Investment Managers, as at 30 June 2020. Disclaimer: Reference to specific securities (if any) is included for the purpose of illustration only and should not be construed as a recommendation to buy or sell the same. All securities mentioned herein may or may not form part of the holdings of FSSA Investment Managers’ portfolios at a certain point in time, and the holdings may change over time.

We have been shareholders in Tencent for more than 10 years, first purchasing a position in the company around two years after its IPO. Tencent is, in our view, one of the best companies to own in the Chinese internet space – a high quality business with a strong management team.

The technology giant is the largest social media network and online gaming company in China, with growing businesses in online advertising, cloud services and e-payments/e-commerce. Although Tencent is at an early stage of monetisation with the majority of revenue still from gaming, we believe that its revenue structure will change as consumers start to pay more for services such as videos and music and corporates start spending more on advertising.

In a more connected and automated world, Tencent has been a major beneficiary of the rise in everyday technology and ‘smart’ devices and continues to deliver high rates of growth on top of an already substantial base. After researching the company, we were impressed by the visionary management and were buoyed by their vision of the internet and entertainment. Governance standards are high and management is aligned with shareholders, via share ownership in the listed company.

Source: Company reports, FSSA Investment Managers, as at 31 December 2020. Disclaimer: Reference to specific securities (if any) is included for the purpose of illustration only and should not be construed as a recommendation to buy or sell the same. All securities mentioned herein may or may not form part of the holdings of FSSA Investment Managers’ portfolios at a certain point in time, and the holdings may change over time.

Change
Thank you! Your submission has been received!
Oops! Something went wrong while submitting the form.
Cancel
Hidden button

China’s decarbonisation plans and the companies poised to benefit

Amid growing reports of extreme weather patterns, we are already seeing the effects of climate change across many parts of the world. Last year was one of the warmest years on record, causing intense heatwaves and wildfires, catastrophic flooding and hurricanes, and rising sea levels as the polar ice caps continued to lose mass. According to a report from the Intergovernmental Panel on Climate Change (IPCC), human activities have already caused average global temperatures to rise by about 1°C compared to pre-industrial times.

Governments worldwide have been stepping up efforts to put climate change action on the global agenda. The Paris Agreement, an international treaty signed by 196 countries in 2015, aims to limit global warming over this century to 2°C – and preferably to below 1.5°C – with each signatory required to report plans to reduce emissions and adapt to the impact of climate change. As part of these common goals, China’s 14th Five-Year Plan (2021-2025) placed decarbonisation as one of the government’s top priorities.

President Xi Jinping has pledged to peak China’s carbon emissions by 2030, then for the country to reach carbon neutrality by 2060. We believe these goals are likely to feature heavily in China’s policy planning, with the obvious beneficiaries being companies related to renewable energy sources and energy efficiency.

President Xi Jinping has pledged to peak China’s carbon emissions by 2030, then for the country to reach carbon neutrality by 2060.

However, investing directly into solar and wind farms might not be the best way to play on this trend. There are high capital requirements, a reliance on electricity prices, issues with curtailment (which means that some of the power capacity generated is wasted as it cannot be delivered to customers), and high storage prices, which drives up the overall cost of renewable energy.

We believe equipment and solutions providers provide a more attractive investment proposition. For example, Zhejiang Chint is a leader in Low Voltage Equipment (LVE) and has a growing solar business. Not only does the company invest in solar power stations, it also makes solar cells and modules, and provides a one-stop service covering engineering, procurement and construction (EPC) for infrastructure and energy customers wanting to install solar farms.

We also believe that there will need to be significant investment into China’s power distribution infrastructure if the renewable energy mix is to increase. Nari Technology provides smart grid solutions, which has seen rising demand as electricity distribution grows more complex and the power grid becomes more decentralised.

In the meantime, we believe natural gas will continue to be an important substitute for coal (which still accounts for more than 60% of China’s energy). This should benefit companies like ENN Energy, a leading gas distributor in China. While natural gas will eventually need to be phased out, it should still provide growth for the next 10-15 years. With an eye on the future, the company has positioned itself as an energy solutions provider and is exploring other clean energy opportunities such as hydrogen.

The rise of electric vehicles (EV) is another clear trend, although the renewable energy and EV theme is becoming overcrowded. Valuations are high and there are plenty of new capacities being built, which make us cautious, even though we see the demand trend as very real.

Due to the high valuations in the sector we believe the “picks and shovels” companies along the supply chain provide a better risk/reward. Examples include Hongfa Technology, which produces electrical relays with 20% of revenue from the EV market; Shenzhen Inovance, which makes key automation components and produces controllers for EVs; and Minth Group, which aims to derive 25-30% of its revenue from the production of EV battery cases by 2025, from under 1% last year.

To prevent the impact of global warming from worsening in the future, everyone must play a part in limiting emissions and removing excess greenhouse gases from the atmosphere. We believe this provides opportunities as well as investment risk and we expect companies will need to show that they are taking the issues of pollution and environmental protection seriously. In our portfolios, we have invested in a number of companies with proactive and forward-looking management who are already taking steps towards a cleaner and greener future.

Source: Company data retrieved from company annual reports or other such investor reports. Financial metrics and valuations are from FactSet and Bloomberg. As at end September 2021 or otherwise noted. Note: Reference to specific securities (if any) is included for the purpose of illustration only and should not be construed as a recommendation to buy or sell the same. All securities mentioned herein may or may not form part of the holdings of FSSA Investment Managers’ portfolios at a certain point in time, andthe holdings may change over time.